​​Comic Zone Radio is the leading voice of the comicbook industry, with interviews from every corner of the field, and hosted by Vincent Zurzolo.

Zurzolo is one of the nation's leading comic book aficionados. Known throughout the collectibles market as a fair deal maker, Zurzolo has garnered an impeccable reputation and the trust of collectors around the world. He has appeared on dozens of news programs promoting multi-million dollar comic sales. He loves comics, the art form and buying and selling. Zurzolo is also the Chief Operating Officer of Metropolis Comics and ComicConnect. 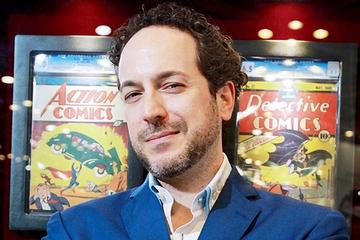 or consign your collection at ComicConnect now.