Carmine Infantino was a major artist and editor during the Silver Age. He was the creator of Christopher Chance, the second Human Target and Barry Allen's Flash's classic uniform. Infantino introduced Black Canary, Batgirl and many Flash characters. He was inducted into the Eisner Hall of Fame in 2000. He died in 2013 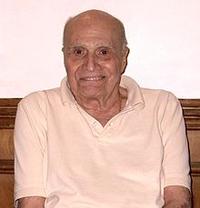