Dwayne McDuffie was a comic book and television writer. He was best known for creating the animated show Static Shock and the minority-owned and operated comic book company Milestone Media. He was the writer and producer for the animated series Justice League Unlimited and Ben 10. He died in 2011 due to heart surgery complications. 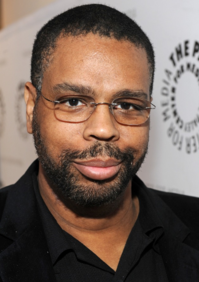