John Marc "J.M." DeMatteis is a writer of comic books, television and novels. He is best known for his work with DC horror comics in the late 1970s. He later went on to relaunch Justice League International. DeMatteis also worked on key Marvel runs like The Spectacular Spider-Man with Sal Buscema, The Amazing Spider-Man after David Michelinie, and Doctor Strange. Currently, he is the editor-in-cheif at Ardden Entertainment. 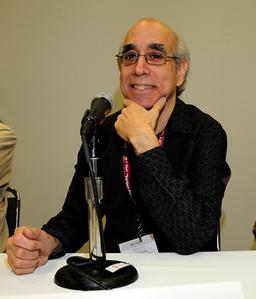