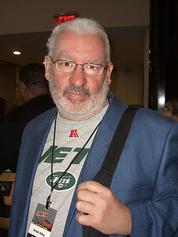 Tom DeFalco is a writer and editor, having worked on titles like Dazzler and Spider-Man. He initially started as an editorial assisstant with Archie Comics. DeFalco, after writing for Marvel for many years, became their Editor-in-Chief.